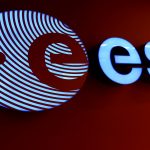 Image: FILE PHOTO: A logo of the European Space Agency (ESA) is pictured at the headquarters in Darmstadt, Germany, September 30, 2016. REUTERS/Ralph Orlowski/File Photo

FRANKFURT (Reuters) – Europe has launched the seventh of its Sentinel Earth observation satellites as part of its multi-billion-euro Copernicus program to help predict weather phenomena such as El Nino and track the progress of global warming.

The Sentinel-3B satellite, part of a system of satellites that is to monitor Earth, blasted off on board a Rockot rocket from the Plesetsk cosmodrome in Russia’s northwestern Arkhangelsk region at 1:57 p.m. EDT (1757 GMT) on Wednesday.

It will join its twin Sentinel-3A, which has been in orbit since 2016, to collect data on sea surface temperature and height that will contribute to more precise weather forecasts and help forecast the impact of rising temperatures.

The two satellites will orbit 506 miles (815 km) above Earth, on opposite sides of the planet.

The Copernicus project is described by the European Space Agency (ESA) as the most ambitious Earth observation program to date. The European Union and the ESA have committed funding of more than 8 billion euros ($9.8 billion) to it until 2020.

The launch of the Copernicus project became especially urgent after Europe lost contact with its Earth observation satellite Envisat in 2012 after 10 years.