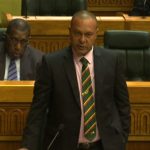 Minister responsible for Communications, Information Technology and Energy Hon Samuel Basil has directed his ICT line agencies to research and advise him on appropriate course of action to “protect privacy of the many Facebook users” in Papua New Guinea.

Mr Basil has been monitoring the US Senate hearing on Facebook as well as the class action court case against Facebook and Cambridge Analytica and two other organizations in the light of millions of PNG Facebook users.

“Facebook, as a social network, came into to Papua New Guinea riding on infrastructure of telecommunications and IT service providers. The National Government, swept along by IT globalization, never really had the chance to ascertain the advantages or disadvantages – and even educate and provide guidance on use of social networks like Facebook to PNG users,” Minister Basil said.

“The two cases involving Facebook – shows us the vulnerabilities that Papua New Guinea citizens and residents face on their personal data and exchanges when using this social network as well as other social network.

“As a Minister in the O’Neill Government, I need to take informed and appropriate action on behalf of PNG citizens and residents using Facebook and other IT social networks.

“I am aware that Facebook use in PNG is not limited to personal chats and blogs. It is also used as a forum for advertising by individuals, organisations both public and private sector to post and download public notices, position vacancies and job searches, real estates and other commercial activities,’ said Mr Basil.

“My directives to my line agencies is to provide me with a brief covering both the advantages and disadvantages of use of Facebook, the vulnerabilities that includes not just the protection of personal data, but wider social issues like security and safety of users, the time-consumption and productivity of users – especially school-age children and employees, and of course the wider issue of cybersecurity and cybercrime,” said Minister Basil.

“I also want to know what other countries have done in relation to Facebook and other social networks – and the consequential effect or impact. Based on this brief, and the regulatory powers based on relevant laws of ICT, I will consider relevant – and responsible – Government action,” he said.

“The brief I require will also include issue of unidentified Facebook users using false IDs to commit cybercrimes including defamation, fake news, pornographic and other illicit materials which is behind the SIM Card Registration,” said Mr Basil.

The Minister’s statement comes also in the light of the Cybersecurity Policy, which following consultative process, is in the final stages of drafting for the National Executive Council deliberation.

Source: OFFICE OF THE MINISTER