In 2015 we signed a building contract with a company known as Infratech Management Consultants for K16.5 million ex to build Able a three story building with an under ground car park. Work commenced in May 2016.

Able paid IMC over K6 million as a deposit. This amount was sufficient for the project to be at the point that the foundations, sewer lines, building’s steel frames, concrete slab, perimeter walls and the roof should have been completed. In fact not one of the above items has been completed.

The construction was due for completion in September 2017.

The contact was terminated in March 2018 at which time the builder was 18 month’s behind schedule.

Pictures of the site in December 2018.

It went wrong from the outset.

IMC is owned by Mark Flynn the son of Rita Flynn who most people will have heard of from the Rita Flynn netball courts in Boroko, NCD.

After just two months IMC had abandoned any attempts to stick to the building time line and blamed an excavator that had broken down for the delays. The fact is that the company, Base Seal Pty Ltd, that did the excavation work was tricked into an additional one months worth of excavation and was not paid for the work so they blocked the site on an unsuccessful attempt to get paid by IMC.

After the excavator was removed the supervisor claimed not to have been paid by IMC and was more often off the site than on the site. This caused a further 3 months delay.

In the 2017 elections the supervisor ran for office and spent a month off the site and no work was done.

In 2017 IMC brought on an inspector to speed things along but after just a few weeks the inspector gave up out of frustration of the lack of effort and progress. IMC made no attempt to replace the inspector.

In December 2016 Mark Flynn advised us that the steel was ordered and was on its way from China. In 2018 he was saying the same thing.

Mr Mark Flynn is the son of Bruce Flynn a former manager of SP Brewery.

In September through to October of 2017 the Chinese steel supplier attempted to negotiate a number of solutions to assist Able with our project and for himself in an attempt to get paid by the builder IMC. In the final solution they were promised that if they send the steel and it is checked to be ok they would get paid. Two thirds of the steel was sent however there was an issue with the brackets, according to the company employed to do the erection of the steel, this was an inconvenience rather than a hindrance. IMC decided not to pay them and did not attempt to provide an alternative steel supply solution.

In December 2016 the wall beside their building collapsed due to the delay in the project that left the earthen wall exposed to the rain. At that time the masonry wall should have been erected and this would have prevented this from happening. IMC made a number of temporary attempts to resolve the matter. Had the permanent wall been completed there would not have been a problem. As it is of January 2019 the problem still remains and BOC gases have been forced to pay a large sum of money to make a temporary fix.

At the time of writing this article there are 3 companies taking action against IMC. They are Base Coat (Sir Raymond Thurecht), Able home and office and Pacific Steel in China.

The steel supplier has a criminal case against IMC, Able and Base coat have civil cases against IMC and BOC gases is considering chasing Able for the K74 000 in damages to their property.

The supervisor was out of his league

The building was supervised by Phillip Makarai. PM is a local builder that was best known for driveways and stone walls. Mark Flynn recommended him. In fact Mr Makarai was not able to resolve a single issue without being hounded and this was partly the reason the project was 18 months behind schedule when it was terminated in early 2018.

The second delivery of steel was stolen by Mr Makarai and he is asking for K120,000 from Able as a ransome.

Check out our video link below.

In the coming weeks we will sign a contract with another company and hope to complete the building in late 2019. We also expect to be awarded compensation from IMC and Phil Makarai.

The licences of both will be considered for permanent cancellation by the PNG authorities.

As stated. Able has paid IMC over K6 million as a deposit. IMC uses this money to pay suppliers including the workers and suppliers. IMC has never requested additional funds as this money is more than sufficient for the work done todate.

Able has never been in any financial difficulty to meet the funding of this project and has no loan in place at this time.

IMC was responsible for payment of the steel to Pacific Steel but to this date has not paid them.

The money that was paid to IMC was for work in PNG yet in 2018 it was proven that the money had been stolen by Mr Flynn and moved to a secret bank account in Australia. Mr Flynn used a technique of plausibility and lies to blame others for the problems with the construction as a ruse to hide the fact that he had stolen the money.

No sub contracts and refusal to abide

As the principal contractor Mark Flynn is responsible for writing the sub contracts but what he did was transfer this role to his supervisor who has no experience in this field. The net result of this is that the supervisor failed to provide adequate documentation or contracts that set the basis for the supply of products and services.

Base seal had a signature on a quote as the basis of their contract. The levels on this quote were not defined until 11 days after the quote was submitted so it would have been impossible to know how far down to dig to and therefore quote upon. The methodology for tendering was obviously flawed and resulted in the legal case with Base Seal.

Once again this shows that Mark Flynn deliberately planned for the sub contract to fail.

We have asked repeatedly for the original steel supply contract drafted by the supervisor but to date have not seen one. We believe that no contract exists. Mr Flynn assures us that it does exist.

When the steel supplier drafted a proper agreement / solution to protect all parties Mr Flynn refused to sign it and when the the third supply agreement was signed by the supervisor and the supplier Mr Flynn agreed to release 50%  the funds on receipt of the shipping documents but then renigged on this agreement after the steel was sent and of course the supplier lost all trust in Mr Flynn and refused to supply the final shipment of steel.

After Mr Flynn conned the steel supplier we begged him to honor the payment agreement because we knew that the supplier would refuse to support the project after being tricked. Mr Flynn is a very smart guy and as he had already stolen the money at this time he wanted the impasse that this action would bring about.

Mark Flynn has been asked on over 50 occassions for the refund on the money paid as well as a copy of the financial statements that relate to the project to back up any claims for deductions from the deposit. Mr Flynn promises to provide this but never does.

Mr Flynn has brought considerable stress to all parties associated with this project. There are rumours that he has done the same to other establishments other than Able. He is suffering from cancer and one wonders if his despicable actions are a way to secure some financial gain for his family after his death.

His mother, Rita Flynn, died a few years ago and left behind her a loving community of supporters in PNG. One wonders how her legacy will be affected by the shame her son has brought upon the Flynn name.

Criminal and civil proceedings have been brought against Mr Flynn.

Instead of being able to reduce costs as a result of the extra income from tenants into the new building we have had to pay rent and continue to do so. This means that we have had to increase our prices.

We will have to claim this stolen money as a financial loss against our income tax which means a loss of income to PNG as well.

This is a recent photo of Mark Flynn. 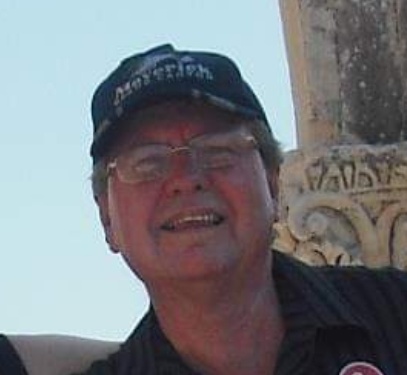 This is the site supervisor Mr Philip Makarai. 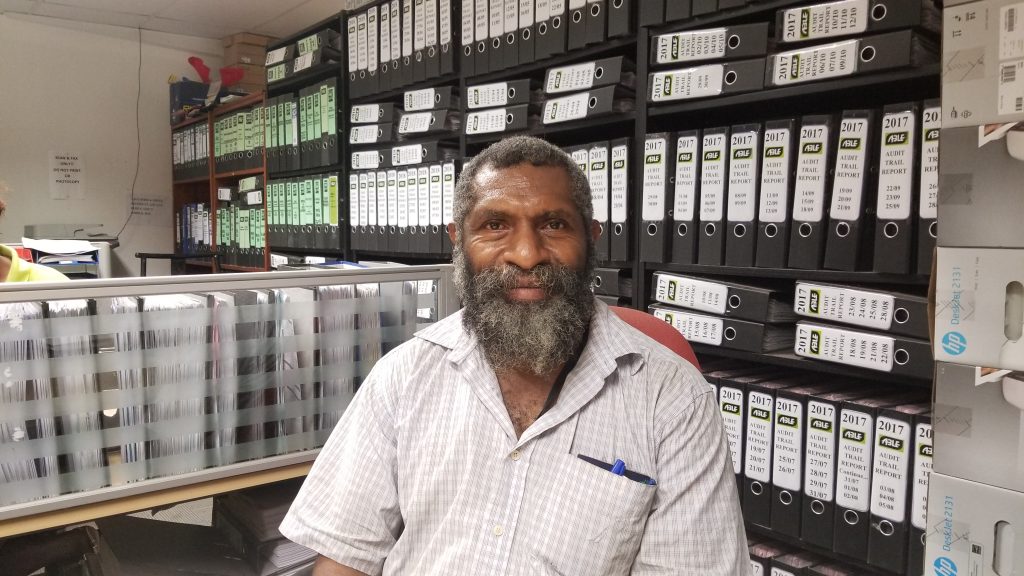 Your comments are appreciated good or bad as they maybe.